I am making a vegan and clean gummy bear with pectin. My recipe has lime and strawberry concentrate (pH around 3.5) and a syrup. I use pectin to replace gelatin. But it does not give me the elasticity, chewiness and springiness that gelatin gives. I thought I had to use HM pectin, is this correct? Is there any alternative that I can use and give me the exact same properties as gelatin?
I can only find ‘normal’ pectin in the store, where do I find HM pectin?

you can not achieve the same texture with pectin which you achieved with gelatine.

But it does not give me the elasticity, chewiness and springiness that gelatin gives.

More than two decades ago I formulated gelatin free jelly mixes using carragenan ( Gelcarin) from FMC Corporation to replace gelatin and I was able to simulate gelatin texture exactly.
it needs to be buffered with trisodium citrate for stable gels. Without buffer the gel is weak…The pH was 3.5 to 3.8 .

No buffer like trisodium or tripotassium citrate, your jelly mixes would not set aa the pH will be lower than 3.5.
So pure lime juice is useless …
Pectin in my experience is not as good as I used… specialist carrageenan I used …

No I will be adding lime juice on top of my glucose syrup and fruit concentrates. So I think I can target 3.5-3.8
No one else uses carrageenan and I am wondering why. Most of them use pectin.

@Lis look at these ; 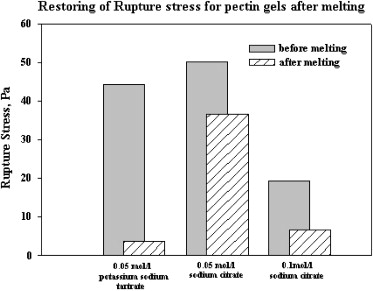 pH is ok but you need buffers as @Roy said.

Historically, jello type mixes were made with animal gelatin…I can’t remember any similar mixes using pectin. ever since I formulated vegetarian jelly mixes for my past employer many years ago with carrageenan…
The texture of pectin is dissimilar with gelatin in such mixes…
Lime juice had variable acidity ,so if you use that as acidulant it’s very difficult to maintain consistent quality…
That will be more problematic if you don’t want to use a buffer

The easiest way to prepare gummies like jelly bears is to use thin boiling starch
A typical recipe would be like this
sugar 50 parts ,glucose 50 , parts ,thin boiling starch ( 70 fluidity grade),11 -12 parts ,water 22 parts …color and flavor q.s.
cooked to 135 to 137C. steam kettle
Deposit at 93 C
cast on starch molds, where the solids is at 78%. allowed to set for 24 hours.
final solids content of set gummy is 82% .
It can be sugar sanded or oiled
As there is no animal.products used…,This product will qualify as vegan

I think what you are actually looking are pectin gummies ,not pectin jellies as that can be confusing…
Gummies and jellies are not exactly the same although many people think its the same …

If you want to use plain unbufferred pectin

Easiest to use would be starches but the downside is that it would be a bit hazy from outside and inside but the upside is that starch has a taste synergy with juices and the taste of gummy bears will be very clean and offcourse the easiest and safest process .

HM pectin in this application is known to have textural issues ,and all the more difficult for u as u intend to use acidity of fruits for gelation, which may make ur operation prone to batch variations and constant changes in formulation.

LM pectin is very difficult to use and requires constant small changes in formulation from batch to batch depending on raw materials and typical water requirements …batch to batch variation is a distinct possibility specially in small operations.

Agar agar typically requires good practice and expertise , specially for small manufacturers for fear of acid hydrolysis of agar agar ( and consequent loss of viscosity) if timing is not kept precisely .

The best bet , in my opinion is to use refined kappa carageenan . It gives rise to clear and glassy looking product , has clean mouthfeel and is the cheapest of all gums and starches. The process time is much lower , the role of buffers is not much important ( though not absent )…and the risk of batch failing is very very low( as also with starches , most safe)…