The most recent outbreak recorded by the Center of Disease Control (CDC) ended on January 15, 2020. Contaminated romaine lettuce was the vector and affected 27 states in the USA, with 85 hospitalizations out of 167 reported cases.

𝐸. 𝑐𝑜𝑙𝑖 is a Gram-negative, rod-shaped bacteria. It is motile due to its flagella. It is normally found in the intestines of healthy people and animals. It seldom causes disease when in the intestines, however, when introduced to other parts of the body, it can cause severe illnesses.

Photo 1: Under a high magnification of 6836X, this digitally-colorized, scanning electron microscopic (SEM) image depicted a growing cluster of Gram-negative, rod-shaped, Escherichia coli bacteria, of the strain O157:H7, which is a pathogenic strain of E. coli. 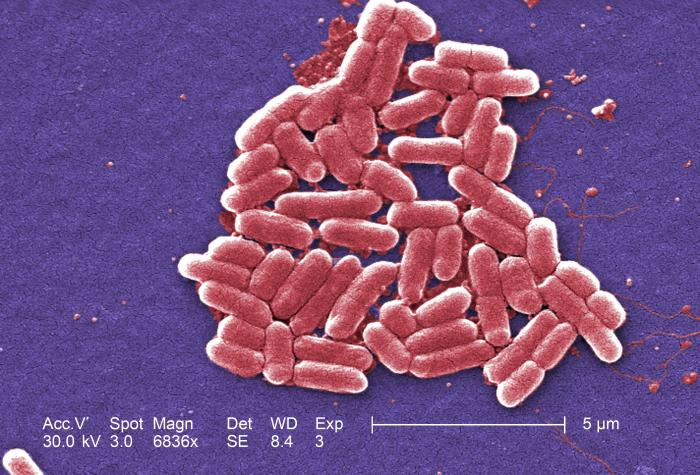